Once you have tackled any fertility issues and you have become pregnant, you need to take the right steps to ensure a healthy pregnancy: you need to regulate the internal environment of your womb to create a nurturing environment for the baby. That way you can have a healthy and successful pregnancy. As you approach your due date, Dr. Mitra will treat you for morning sickness, as well as all the aches and pains, indigestion, and anxiety that show up during pregnancy. She will schedule weekly acupuncture treatments with you that are designed to help prepare you for a smooth labor by relaxing the pelvic floor muscles, helping the baby lower into position, and alleviating anxiety and stress. Experience the best acupuncture pregnancy Los Angeles has to offer. 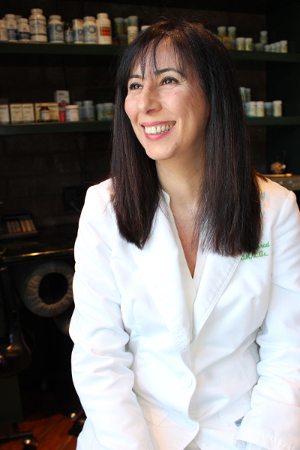 “Once my patient is pregnant, my job is to make sure she is able to keep the baby. In the case of one patient, I worked on her to make sure she would not have any early contractions. I made sure she was able to hold the baby by nourishing the placenta, and increasing her blood circulation. I stimulated her body in a way that it could relax and reduce any excessive hormones, which allowed her body to concentrate on supporting the baby. That increased the chance of a successful pregnancy. She eventually gave birth to a lovely baby girl.”

Sometime in May 2008 I began a course of acupuncture of intervals of two times a week for approximately 2 1/2 months for the purpose of balancing my hormones. I had been with my husband for two years, and I figured I could not have children. At times I would go anywhere from 3-4 months without a period.
To my surprise I began to have a consistent periods within months. More importantly I became pregnant in September 2008, which came as a big surprised. To our misfortune I did happen to have a miscarriage sometime in November 2008, which I understand now is very common.
Shortly after I spoke with Dr. Mitra and she began to do acupuncture again to make sure I was balanced.
Surprise, Surprise when I became pregnant in January 2009. This pregnancy was full term and on October 2009 I gave birth to a beautiful and exceptional healthy girl.
The story does not end here. After my first child I was sure I didn’t want any more children. But, sometime in August 2011 I began to question my decision, I began Acupuncture in September 2011 and became pregnant in Mid October 2011. In July 2012 I gave birth to a second daughter. My husband and I cannot begin to imagine our life without them.
With this I thank you Dr. Mitra and would tell anyone that she is God Sent.
Irene and Albert
Thank you for all of your help on my journey. You can’t know how much it means to me and my family. I am drunk with love for this child. It’s beyond anything I’ve ever done and felt. I am just so so very happy. Thank you doesn’t quite capture our sentiments. But— thank you.
HG
Font Resize
Accessibility by WAH